Writings, musings & more
Click on a book below to view on Amazon.com! 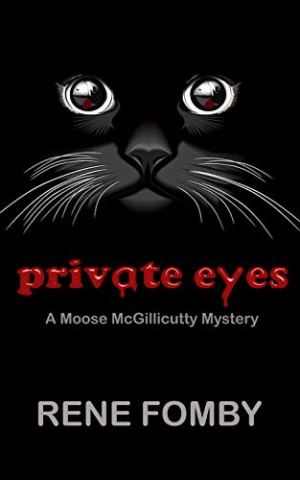 The perfect mystery for cat and dog lovers everywhere.

If you liked The Secret Life of Pets, you’ll love Private Eyes!

It’s Saturday morning in the Windy City, and Moose is running out of time. In less than 48 hours, his best friend has a date with the needle, the kind of date you don’t walk away from with a kiss. Moose has to find out who framed his pit bull buddy for the savage slaying of a French poodle — and then convince the humans that he’s nailed the right guy.
But with no leads and little evidence to go on, there’s only one person in Chicago that has a prayer of hunting down the real killer in time: Antonio Gattogrosso, legendary proprietor of Felinvestigators, the Feline Detective Agency.

The rave reviews are pouring in:
“It’s a great summer read. Just like me, you’ll want to keep an eye out for it!” – Fisheye Martinez
“I predict it will be a smashing success, dahlinks!” – Madame LuLu, astrologer to the (canine) stars
“Buy dis book if you knows what’s good for youse.” – Fat Tony Gattogrosso 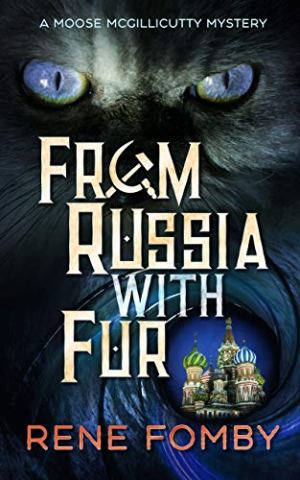 Russian Wolfhounds have invaded Chicago, intent on disrupting the looming presidential election. All part of their diabolical plan for world domination. The four-legged world, that is.
Aussie Terrier Moose McGillicutty goes undercover to ferret out the Russian plot and—but he has just 48 hours left to save PETSEC. And, more importantly, save the world.
The dark, crime-ridden underbelly of Chicago comes alive in this classic tale of sacrifice, love, redemption—and the even darker side of pet politics. And no humans were actually harmed in the writing of this book.

The rave reviews are pouring in:
“My word! This book has definitely NOT been sanctioned by my estate!” – Ian Fleming, author.
“A cat as a Double-O agent? Preposterous! You’ll be hearing from my lawyers!” – James Bond, secret agent.
“Buy dis book. Please. I really need the money!” – Fat Tony Gattogrosso, the world’s greatest cat detective, and cash-strapped candidate for president of PETSEC. 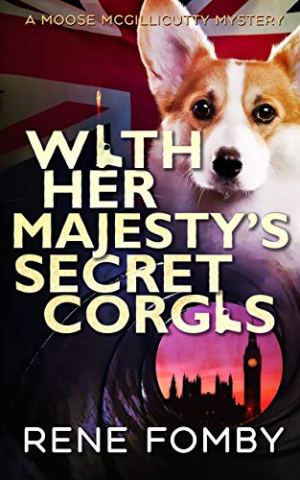 Barkingham Palace’s canine security detail is in a panic.

Chief of Station Ginger, the Corgi who famously saved the Queen from a Russian kidnapping attempt during the London Olympics, has mysteriously disappeared. And it appears that infamous Russian agent Vladimir Kitn is once again up to his old tricks.
Armed with a license to kill and very little else, 10-pound terrier Moose has gone deep undercover, and now has less than 48 hours to locate the Russian agents and find a way to stop them.
Before they trigger their diabolical plan to blow up the ocean liner Queen Mary 2, sending dozens of innocent dogs and cats to a cold, watery grave. Oh, and taking a few thousand humans along with them.
To almost all of the humans in the Palace, Her Majesty’s Corgis are nothing but annoying pets, royal burdens that poop and pee on centuries-old carpets and bark incessantly at butterflies and stray breezes. But to the select few, those same bob-tailed Pembrokes are known as the heart and soul of the palace’s secret service detail, a highly trained police force charged with protecting the Queen and the rest of the Royal Family from harm. At the cost of their very lives, if necessary.
And now the Corgis have enlisted the American-born Australian Terrier Moose to go deep undercover to hunt down the infamous Russian agent Vladimir Kitn, while Moose’s best friend Bella—a Corgi herself—stays behind at the Palace to serve as a doppelgänger for the missing Agent Ginger. Moose has less than 48 hours to ferret out the dastardly Russian plot and rescue Ginger before Kitn executes his master plan to take control of the United Kingdom. And then turn his evil sights on the rest of the unwary world.

The rave reviews are pouring in:
“A dog, serving as a Double-O agent? It’ll never happen, not in my lifetime!”- Daniel Craig, actor.
“I can neither confirm nor deny the existence of a secret Corgi detail at the Palace.” – R. A. Gantt, Second Assistant Under-Secretary for Barkingham Palace Security.
“Pardon me, but I’ll have to refer all questions regarding the Corgis to our Second Assistant Under-Secretary for Barkingham Palace Security.” – Lord Patton Mountbatten, famous general from the Second Great War and a dog who sees more with one eye than any other canine could see with three. 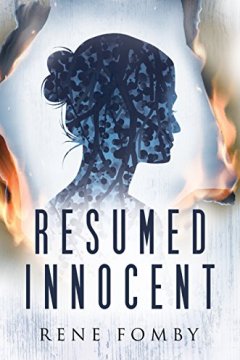 Starting a career as a small town criminal attorney would be tough enough, but as a widowed mother with no income and very little in the bank, Samantha Tulley is in over her head. From court appointed clients who never show up for court to pro bono clients with seemingly unwinnable cases, every day is a new struggle to figure out the criminal justice system. And then suddenly the system turns against her, and Sam and her daughter are left running for their lives.
Torn from the author’s own real-life case files, Resumed Innocent offers a revealing and gripping inside look at how our fractured justice system serves to punish the innocent and reward the wicked. And for the poor there simply is no justice at all. 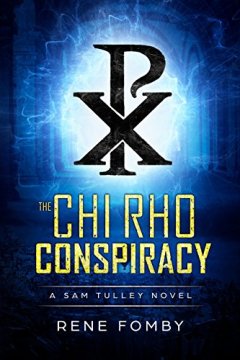 A strange 1st century Christian symbol has suddenly appeared across southern Europe, raining death and devastation upon everything it touches.
And only three people have a chance to stop it from enslaving the planet once again.
Sam, Gavin and Andy are in a desperate race to uncover the roots of a conspiracy that threatens to put the continent of Europe to the torch. And in the process discover the final hiding place for the lost treasure of the Knights Templar, a treasure that could contain the oldest secrets of the Christian faith. Secrets that could very well destroy the Church.
The signs are everywhere:
Meanwhile, a secret chamber is found stashed beneath an ancient fortress, quite possibly the long-sought final resting place for the lost treasure of the Knights Templars. A treasure that could include the Holy Grail itself, and the priceless Library of Solomon.
And an ancient and cryptic symbol that traces its roots to the earliest days of the Christian faith promises to unlock the secret to it all.
Chi Rho. 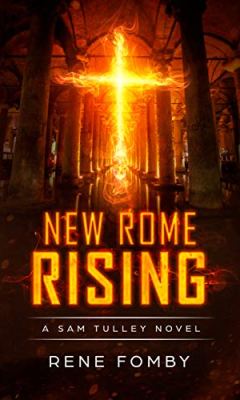 A Naval Intelligence agent has been kidnapped by a billionaire madman, and disgraced FBI agent Gavin Larson has but one chance to save her, save Europe—and save what’s left of his career.
Tulley’s back. And this time he’s brought an army. A firestorm is set to sweep across Europe, and William Tulley is holding the match. Can Gavin and Samantha figure out a way to stop him before the entire world erupts in flames, when even NATO’s combined forces can’t slow him down?
As resentment over austerity measures and the mounting tide of Muslim refugees swells across southern Europe—resentment fueled by Tulley’s stolen billions—a newly elected pope is sounding a clarion call for a global war to exterminate Islam. A war taken straight off the pages of The Revelation of St. John, threatening nothing less than the annihilation of the human race. And only two people stand the slightest chance of stopping it.
The problem is, Tulley knows who they are. And, even worse, he knows where they live.
The riveting final chapter in the award-winning Resumed Innocent trilogy, New Rome Rising is a heart-pounding tale of espionage and intrigue, of religious and secular ambitions intertwining to threaten the very future of humanity. A political and social tsunami ripped straight out of today’s headlines. As sociopath William Tulley labors step-by-step behind the scenes to manipulate the frustrated, forgotten masses of Europe, his goal no less than a resurrected Roman Empire with him at its head, Europe’s leaders seem powerless to control the mounting chaos.
Meanwhile, a wave of cryptic Christian symbols has finally completed its long journey from Turkey to the Spanish seashore, and Tulley’s daughter-in-law Samantha and her friend, disgraced FBI agent Gavin Larson, are racing across Europe and North Africa digging up clues buried within long-forgotten secrets of the Christian faith. Secrets the Church and William Tulley would rather keep buried.
As the crisis mounts, Sam and Gavin find themselves always one move behind Tulley’s intricate game of global chess, and the timer is ticking. Even worse, Tulley now has them both in his sights. The hunters have now become the hunted.
Religion, politics, sex—nothing is sacred any longer to William Tulley and his mercenary army. It’s a win or die trying proposition, so losing isn’t an option for either side. And at the very heart of this furious fight to the death is one of the oldest, most historic cities of all.
New Rome. 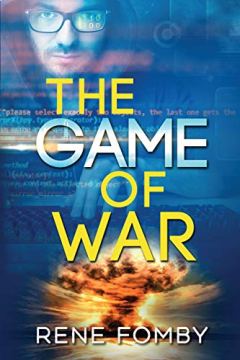 Back in their glory days at Google, moving to Austin and launching a video game company seemed like such a great idea for Marc and Dave. With Marc’s marketing expertise and Dave’s experience in coding and simulations, the Dronewars video game just couldn’t miss.
But now the stark divide between concept and reality is finally hitting home, and their rapidly shrinking bank balance has them counting the days until they have to shut down their dreams for good. Even worse, the key piece of software they need to make their game work is now controlled by a defense contractor, a company that’s willing to hand over the code — but at a price.
A price that suddenly thrusts them unwittingly right into the heart of the most dangerous game of all — the game of war.